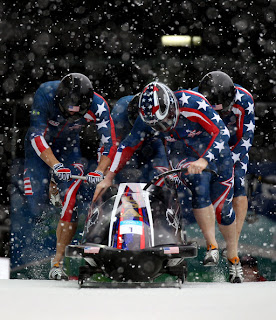 In January of 2010, just a few weeks from the Vancouver Olympic Games, where I had 8 athletes competing, I did an interview with the United Kingdom Strength and Conditioning Association (UKSCA), to talk specifically about Olympic Games preparation (this was my third Winter Olympics as a coach, and my second coaching with home nation athletes - I worked with the USA Bobsled team at the 2002 Salt Lake Olympics (as well as Irish and Canadian athletes), and both Canadian and American athletes in 2006 and 2010), just prior to my move to the UK in March of that year.

With our Aviva National Athletics Championships and Olympic Trials coming up here in the UK next weekend, I thought this might be a good time to share...

UKSCA: At your third Winter Games, what are your hopes for your athletes this time around?
SM: My hopes are that they perform to the best of their abilities; if their best puts them on the podium, then that’s great - but as we cannot control the performances of any of their competitors, then we do not set placing goals.  Having said that, recent performances and results have shown that at least half a dozen of my athletes can medal at the Games.
Postscript:  Gold, silver, and bronze medallists in female bobsleigh; as well as Gold medallists in men’s 4man bobsleigh.
UKSCA: So close to the start of the games, what are your key priorities for the athletes programmes?
SM: Our first priority is to maintain health.  The added stress of a participation in an Olympic Games (and for my Canadian athletes, the added pressure of participation in a home Olympic Games) can often manifest into general health deterioration, mechanical dysfunction and, critically, increased incidence of injury.  Appropriate pre-hab, aggressive regenerative measures, effective nutritional strategies, and efficient rest is paramount.
Our second priority is to ensure that the athletes have all the extrinsic strategies in place so that they can realize their potential.  So often, we can put together great programming methods, and taper the athletes perfectly, only for optimal realization to be jeopardized by poor control of peripheral factors uniquely present at an Olympic Games.  External challenges involving housing, transportation, training equipment and location, additional family and friends, increased athlete/group integration, media, public scrutiny, etc. can lead to obvious deleterious outcomes.  Preliminary planning - involving the athletes - in addressing these possible distractions can go a long way in reducing any potential negative influence they may have.
Thirdly, and perhaps most obviously, is the realization of athletic form.  Typically, we will not introduce any new training stresses for 5-6 weeks prior to the main competition.  In our experience, stabilization of a new form can take up to 4 weeks.  A further 2-3 weeks are necessary to realize that form under stressful circumstances and in competition, as we taper, tweak, and micro-script the program.  Through this period, only a general guide, or outline, is pre-formulated.  Although we pretty much know what type of work we will be doing on a daily basis, exact details will be scripted acutely, depending upon numerous factors involving the athletes’ readiness.  Quality of sleep, regeneration, and health will take a paramount role in the exact determination of micro-planning; as well as the specific volume and intensity of the aforementioned ‘outside distractions’ such as media responsibilities.
UKSCA: Is there anything specific you look at to inform the decisions you are making? 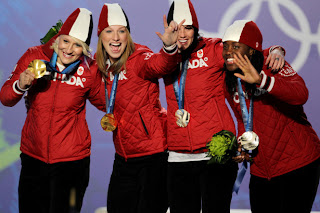 SM: A pre-training analysis of their function is crucial in micro-scripting their plan.  Typically, this will involve a brief initial visual diagnosis as they begin to move and to warm up, and follows through to a series of therapeutic tests and interventions, depending upon that first visual analysis, as well as what you (or another therapist, or the athlete themselves) may feel on the treatment table.  For years I have held a primary role in the manual therapy of the athletes.  The information that can be attained through the process of treating the athlete is invaluable in ascertaining their level of function, and can far exceed what you can typically see visually.  The goal of this pre-training period is to - as much as possible - optimize as many training sessions as we can - especially those when the athletes are expected to ‘perform’ at a high level (e.g. maximum velocity sprints, or maximum strength weights).
Through the remainder of the session, decisions are made based upon pre-session expectations, maintenance of quality through the session, and - to a limited extent - athlete feedback.  Technical breakdown and/or mechanical dysfunction is a sure sign that you have pushed a little too far, and the art of coaching is to come as close to this period as possible without actually reaching it.
UKSCA: When you look back, are there any do's and don’ts that come to mind in that final phase leading to games time?
SM: The big do’s are the ‘3 C’s’: comfort, continuity, and confidence; each one feeding the other.
The most important thing in the lead up to the Games, is keeping the athlete within his or her ‘comfort zone’.   By this time, we should be well clear of any appreciable amount of time spent on improving the athletes’ weaker areas - and instead, are focussing on what makes them elite in the first place; what they are most comfortable with - their strengths.  Continuity in the types of training that the athletes are confident in then feeds the unique psyche that is needed at this critical stage.  Day to day management of their psychological profile is crucial if we are to expect an optimal performance.

The don’ts are really pretty obvious:  no new stimuli, and don’t try too hard.

Adding new stimuli at this point of the process will not give appropriate time to adapt, maintain, or realize it - thus the stimulus becomes an unnecessary stressor that can get in the way of optimal regeneration.  We also need to appreciate that if we have executed our plan properly, we simply need to stay out of the way, and allow the athlete to realize it (this does not mean, however, that we stop coaching - the process just becomes less intrusive, and more organic).  Over-coaching can be the instinct, but we must refrain and trust process - if the work has not been done, it is too late now anyway!
Posted by Stuart McMillan at 00:23