an open letter to the young strength coach...

Last time I wrote a slightly derogatory post, I got accused of ranting, so I’ll be careful.  But it will be difficult, because I’m going to write a little about the state of our industry. 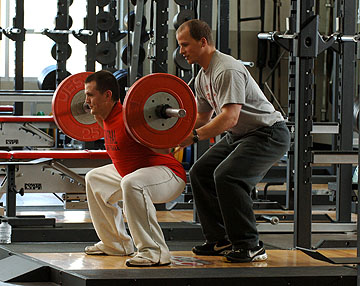 Like the rest of the world, the coaching profession (and in particular, strength and conditioning coaching) has been going through a rapid period of dilution.  I will write more on this subject at a later date, but for now, I just wanted to offer a couple of thoughts.

To me, it seems there are three types of industry professionals:

1. The on-line gurus, who enjoy excellent reputations, write a ton of stuff, but don’t really have a lot of ‘in the trenches’ work in high-performance sport.  If you’re writing a couple of thousand words a day, when can you possibly have time to coach?

2. The ‘in the trenches’ guys, who spend their time working with athletes, and learning how to do this better.

3. A combination of the two.

The first group of guys is what annoys me a little about this industry right now.  Because these are the dudes that people are reading, and  ‘learning’ from.  I’ve worked in high-performance sport - and in particular with speed-strength-power athletes - for two decades, and it was only until the last couple of years where I have begun to have close to the time needed to begin to write down my thoughts.  My time in my coaching career has been spent, well...coaching.
The guys in the first group are well-known, so I won’t bother naming anyone here, and I’m not sure that I really blame them anyway.  They’re just trying to make a living, right?
hmmm...
...I’m not really sure this is the way one should do it.  I really feel that you should build your reputation doing what it is that you are actually supposed to be doing. I.E. if you’re a chef, you should develop your reputation by cooking good food that people really enjoy.  My reputation in this industry (good, bad, or indifferent) has been built by what I have done - coaching.  My twenty years of coaching athletes.  What they have said to others.  How they have competed.  How many medals they have won. By regular discussions with fellow coaches.


My reputation as a COACH should NOT be based on how and what I write.
The on-line gurus have - with almost no exceptions - built their reputations while punching away at a keyboard from behind a computer screen.  I’m not saying that many of them are not excellent coaches - I’m sure that some are.  But how do we know? 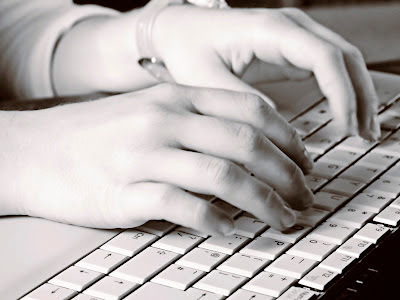 In what other industry is this present?  Do we judge a doctor by playing him 1 on 1 on the basketball court?
The third group - I have no problem with.  Normally, these are the dudes that have put in their time.  Have had successful coaching careers, and perhaps want to spread their message a little.  Maybe leave a legacy for others (a good example here would be Vern Gambetta - legendary coach - who developed his reputation actually coaching - and is now spending more of his time writing; passing on his knowledge to guys like me).  Or perhaps they are guys in mid-career, and are combining the two.  This is difficult, but has been done successfully by a few.  For example, John Berardi began writing while he was in college - when he didn’t really have much ‘real-world’ experiences.  But 15 years - and a million or so words - later, he is also a well-respected coach; and I would argue that it is as a coach where he developed his reputation - the global domination of the nutrition industry via the printed word came later.
So my take-home is this...

Instead of blindly following whoever happens to be popular on T-mag at the moment, read some studies.

Ask them why they do what they do.  Who have they learned from?  Go to strength and sport science conferences, and ask why....not what.

Constantly try your ideas on yourself, and whoever else you can talk into your wackiness.  Find some athletes to coach.  Don’t be afraid to experiment.  A little.

Do good work.  Add value.
...and build your reputation with integrity.

Posted by Stuart McMillan at 17:06