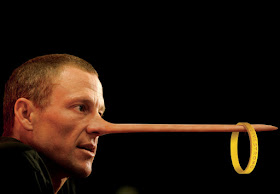 “WADA was established in 1999 as an international independent agency composed and funded equally by the sport movement and governments of the world. Its key activities include scientific research, education, development of anti-doping capacities, and monitoring of the World Anti Doping Code (Code) – the document harmonizing anti-doping policies in all sports and all countries. WADA is a Swiss private law Foundation. Its seat is in Lausanne, Switzerland, and its headquarters are in Montreal, Canada.
WADA works towards a vision of a world where all athletes compete in a doping-free sporting environment.”

This statement is taken directly from the ‘about WADA’ page on the World Anti-doping Agency website.  Nowhere on here does it mention that its major purpose is to catch drug-cheats.

The WADA ‘Strategic Objectives are as follows:

Nowhere on this list does it state that one of their objectives is to catch doping athletes.

WADA President John Fahey states: “WADA is committed to protecting the rights of clean athletes, where hard work and talent are justly recognized and doping cheats are exposed for what they are. Clean sport is fundamental to a healthy society and sets the best example for future generations of athletes.”, without - again - mentioning the mandate of catching dirty athletes.

Again... Why - in WADA’s own words - does it not mention the importance of catching the cheaters?

Because that is not the issue.  The whole point of drug testing, and the existence of organizations like WADA, USADA, UKAD, etc. is to protect those who do not wish to dope.  Those who choose to compete drug-free.

The whole purpose of doping controls is to act as a deterrent.  Ross Tucker, in his excellent overview of the Lance Armstrong case, urges folk to ‘recognize the bigger picture’ - ‘that we cannot give up because we are not yet 100% perfect.  The drug-testers are not catching everyone.  Not yet.  But there are far fewer athletes doping now than there was five years ago.  And ten years ago. And twenty years ago...

It’s a process.  It takes time.  And we must be patient.

The real problems arise when the sport governing bodies are complicit to these doping acts.  There are numerous cases of athletes being ‘protected’ - either by their IGBs, their NGBs, or perhaps even their national anti-doping organizations (either through bribery or otherwise).  Examples of this are obvious with a little study of some Eastern European National Championships, for example.  When all these organizations decide that drug-free sport is indeed the number one goal for amateur sport.  When fairness rules the roost over money.  Then will we see real change.  Real progression.  But we’re on the right road.  Blood tests and Biological Passports are the beginning.  Relying on after-the-fact evidence from either witnesses or newer technologies is the way forward.  The Lance case is huge in this regard.  The first time the public at large has heard of an athlete getting caught without actually failing a test.

My friend Dr Jason Ross, in his excellent blog TrainOutPain, recently wrote on the perils of doping, and - referring to a recent Forbes Magazine article called ‘Why it’s time to legalize steroids in pro sports’ (which, by the way, I thought was terrible.  A very poorly written article by some dude who clearly does not understand the issue at all...shame on a supposedly reputable magazine for posting this drivel) - concluded that he would be all for legalizing its use: “Let them go at it.  We would start to witness what the peak of the human condition could achieve.  Great physical performances.  Or perhaps, it would just be legal, and not much would actually be different.  It depends on how cynical you are I guess.  I fall on the scale of either super cynical or on a true believing day just very cynical.”

Sorry Jay - I couldn’t disagree more.  Jason’s a super-smart dude, and I agree totally with much of the rest of his blog-post; but this statement totally misses the point: by legalizing doping in sport, you are not creating a more level playing field - as is the oft-repeated statement.  Instead, you punish those who would prefer to compete clean. 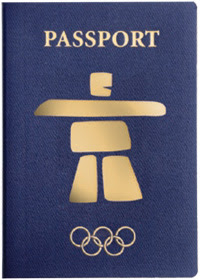 International cycling was a laughing stock just a few years ago.  It was clear to even the most casual observer that many/most/all competitors were doping.  But, with recent improvements in drug-testing procedures (EPO blood testing - introduced in 2002 - and Biological Passports - introduced in 2007 - being the main two that have affected cycling), we now see a much cleaner sport; one where the non-cheating athlete will feel he has an opportunity to actually compete.  And perhaps even to win.

And isn’t THAT the point?
Stuart McMillan at 17:53
Share