I'm going to take a little break from the on-going series on 'self-organization' and input, etc., while I share some thoughts on 'Performance Therapy', which I first discussed back in June of last year.

One of the things that the ‘North American Contingent’ (Canadians Gerry Ramogida, Kevin Tyler, Derek Evely, and myself, as well as American Dan Pfaff) brought to the UK three to five years ago was the use of therapy on the side of the track prior to- and during many training sessions.  It has been termed - erroneously, in my opinion - ‘track-side therapy’ (I prefer ‘performance therapy’, for reasons I will discuss later).

It’s curious to me how this single factor seemed to cause so much controversy here. It may be that is indicative of a larger philosophical difference, that may stem from an ignorance of the system (no disrespect is intended...like all ignorance - it is borne out of misunderstanding), a failure on our part to integrate it properly into the culture, or a lack of understanding of high-performance, creativity, and expertise.

Regardless, it has never quite ‘stuck’, so I thought I would share some of my thoughts on why I think ‘track-side’ therapy is an essential factor in the development of the high-performance track and field athlete.

(I think that traditional views on track-side are analogous to traditional views of nutrition, biomechanics, supplementation, sports psychology, etc. - i.e. they are best left for the specialists, and are ‘not a coaches’ problem’).

Performance Therapy can be described as an attempt to normalize-optimize function by integrating the therapeutic intervention into the athlete’s sporting movement - i.e. the warm-up and training session.

Together, the coach, athlete and therapist periodically interrupt training (through manual intervention) whenever a ‘movement dysfunction’ (or particular movement pattern) lies too far outside the athlete’s individual ‘bandwidth of normality’ (or - as I prefer - typicality; for ‘normal’ just doesn’t exist).

It is important that the integration of all is seamless, and that the athlete-coach-therapist partnership understand the specific goal of these interventions, to which I have identified three:

Performance Therapy is not:
How I outline it, sport therapy can take one of three forms:
All are necessary components in the health-optimization of the athlete.   Ignoring any of these is fool-hardy for the high-performance coach-athlete, but I feel that ignoring the performance- form is the worst mistake, as a lack of performance therapy leads to an increase in the importance in the other forms (i.e. better performance therapy leads to more efficient movement, better optimization of training session, less systemic load, less movement dysfunction, etc. - all having a positive knock-on effect for regeneration and rehab). 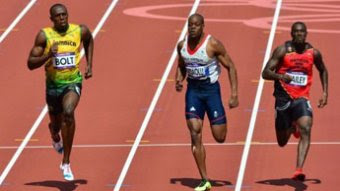 The challenge:
True integration and understanding between athlete, coach, and therapist is essential for performance therapy to work effectively.  All three must understand what the goals are, what the goals are not, and the difference between ‘mechanical-movement dysfunction’ and ‘technical fault’ - as it is often difficult to observe. The distinction between the two is the driver of any intervention: a technical cue for a mechanical-movement dysfunction can only lead to further compensatory patterning; while an acute therapeutic intervention of a technical fault may affect an otherwise finely-balanced mobility-stability equilibrium – each enhancing any injury risk.

It is not a question of whether performance therapy works or not.  It clearly does (again - if it doesn’t, then why do almost all athletes receive pre-race treatment?).  The only question - for me - is who is charged with its implementation?  I have traditionally been heavily involved out of necessity (lack of quality therapists, usually) - as have many others. I have been in situations, though, where I (and the athletes I have been coaching) have had access to quality ‘track-side’ work (for example, the last three years in London, with Dr Gerry Ramogida and Andy Burke).  Even in this situation though, I have found that my occasional input serves a multitude of purposes; the main one being it gives me more information on the athlete’s ‘system’, its response-adaptation to loading, and its ‘readiness’ for subsequent loading.   For this reason, I feel it is imperative that high performance coaches at least have a rudimentary understanding of treatment protocols; and specifically ‘track-side’ - performance therapy.

I am quite positive if you asked any coach who has applied such work into his practice, if it has made him a better coach, he would reply in the affirmative.  This should be enough for its justification, but I feel it goes deeper than that, and involves the very nature of high-performance, expertise, and creativity generally...

Posted by Stuart McMillan at 08:44