more on Performance Therapy - or - how I managed to piss almost everybody off... 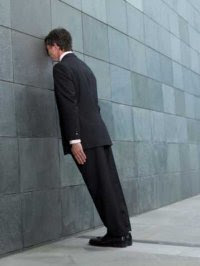 I posted a longer blog a few hours ago.
I didn’t like it...it was far too long, and it didn’t really flow.
So I killed it.

Instead, we have the following, and a second part (which is actually a third part - as this follows along from my last post on Performance Therapy) will come along in the next few days.

Very early on in my career, I had the great fortune of spending quite a bit of time in Austin, Texas with Dan Pfaff and his superstar group of post-graduate track and field athletes, including eventual Canadian Olympic gold medalists Donovan Bailey, Glenroy Gilbert and Bruny Surin, and Major Championship medallists Obadele Thompson, Kareem Streete Thompson, Mark Boswell and others.  It was pretty much a Grand Prix ad infinitum - especially during the spring of 1996 in the lead-up to the Atlanta Games, as each day welcomed the arrival of an ever-expanding crowd of on-lookers.  Cameras, reporters, University students, professors, other coaches, other athletes...we all supplemented the circus - heck, even a young Governor Bush made the odd appearance!

It was right around this time that a new therapeutic technique was being ‘experimented’ with.  ART® (Active Release Technique) was officially developed by chiropractor Dr Michael Leahy, but from my understanding/memory, it was the work of Dr Mark Lindsay and Dan Pfaff on that track in central Texas where its acute application to elite sport was first refined. Mentored by legendary track coach Tom Tellez (coach to Carl Lewis, Mike Marsh, Joe Deloach, Floyd Heard, and hundreds of other world-class athletes), Dan very early in his career understood the importance of good therapy - his is an holistic philosophy in the truest sense of the word - and he believed in integrating the therapeutic input into the training process. He likened the elite athlete to a racing car: you wouldn’t send an F1 Ferrari out onto the track without thoroughly checking through its systems, and making any necessary adjustments.  Modification of the car doesn’t end when it drives onto the track: in fact, it’s during qualifying that most of the important work is done.  ‘Parc fermé’  begins when the car first leaves the garage, and ends only when the race begins.  It’s the same in sport - our best work is done when the athlete is out on the track or field - moving - not when he is sat in the garage - on the treatment table.  In ART, Dan had found a technique that promised immediate tissue changes, and with the brilliance of Dr Lindsay set about developing what we now know as ‘track-side’ (or ‘performance’) therapy.

My apprenticeship involved not only attaching myself to Dan’s hip, but also observing Dr Lindsay as he and Dan prepared Donovan for training.  Often, pre-session therapy would take an hour or more, with additional inputs throughout the session. An overly-sensitive-demanding (and supremely talented) athlete, an analytical-perfectionist coach, and a gifted-detailed therapist - all experimenting with a new(ish) technique - provided the perfect environment to drive the creative process.
...as well as a fertile and fruitful training ground for a young coach from Canada
(it was also this unique environment - and the lessons learnt within it - that served as the stick that continued to stir the pot year upon year as I matured as a coach...but more on that a little later...)

Creativity in all areas emerges from the conscious blending of dissimilar subjects. Creative ideas are most frequently new combinations of old ideas; creative thinkers simply look at these old ideas with ‘new eyes’ - examining all the variables, and being open to the unexpected...exposing themselves to the envelope of serendipity. For example, Leonardo da Vinci believed that the first way of looking at a particular problem was too biased to his normal way of thinking; thus, he reconstructed it in order to see it in many different ways. He would continue this process - moving from one perspective to another - until he gained maximum understanding of its essence.

Michael Michalko, in his excellent book, Creative Thinkering, calls this multiplicity of perspectives; it allows us to bring forth a new creative consciousness and expand the possibilities. It is what enabled Einstein to formulate his theory of relativity, which is in essence a description of the interaction between different perspectives. His genius lay in finding a perspective that no one else had taken (Michalko).
“Imagination is more important than knowledge” - Einstein

It is clear that the more we know, the greater our chance of arriving at compelling combinations. It is also important to understand that this knowledge should extend further than one’s own subject - reaching out into other subjects will lead to a more enlightened understanding - a deeper appreciation.  Most who have risen to eminence in arts, literature or sciences have frequently possessed considerable knowledge of subjects outside their own sphere of activity, as we ‘fill in the gaps’ between these different connections

We know this.  in fact, we’ve known this for over a century...

Almost one hundred and fifty years ago, Friedrich Engels accurately describes the state of the physical sciences today: “...at the time Engels wrote his Dialectics of Nature, the physical sciences seemed to have rejected the mechanistic world view and drawn closer to the idea of an historical development of nature. Engels mentions three fundamental discoveries: energy and the laws governing its qualitative transformations, the cell as the basic constituent of life, and Darwin’s discovery of the evolution of species. In view of these great discoveries, Engels came to the conclusion that the mechanistic world view was dead." (Prigonine & Stengers).
...and in 1903, Henri Poincare stated that -
“...small differences in the initial conditions produce very great ones in the final phenomena. A small error in the former will produce an enormous error in the latter. Prediction becomes impossible. Unless these initial changes could be defined and measured, the outcome or deviation caused by these ripples could never be predicted...”.
This realization led to Edward Lorenz's fascination with the mathematics of complex systems and the beginning of the scientific revolution known as chaos theory: as a small random change is introduced into a system, it causes a ripple effect that can overwhelm and change the long term behavior of the system (that Lorenz termed the “Butterfly Effect”).
Engels, Poincare, Lorenz, and others, endorsed a complexity view, and it seemed a new world was to open up - one where people thought in terms of processes rather than structures, relationships rather than components, and interconnections rather than separation.
So what happened?

Over 100 years after Engels first signed the death warrant to the mechanistic world-view.  Over 100 years after Poincare first identified the folly in system prediction.
Over 40 years since Lorenz furthered this understanding.
...we are still clinging to a ‘separatist’ mind-set. Still compartmentalizing systems into smaller and smaller parts.  Still hanging on to our linear and reductionist views.

“Perhaps the most impressive (example) is that carbon, hydrogen, oxygen, nitrogen, sulfur, phosphorus, iron, and a few other elements, mixed in just the right way, yield life.

...life has emergent properties not present in or predictable from these constituent parts. There is a kind of awesome synergy between the parts...for the last few centuries the Cartesian project in science has been to break matter down into ever smaller bits in the pursuit of understanding. And this works to some extent. We can understand matter by breaking it down to atoms, then protons and electrons and neutrons, then quarks, then gluons, and so on. We can understand organisms by breaking them down into organs, then tissues, then cells, then organelles, then proteins, then DNA, and so on. Putting things back together in order to understand them is harder and typically comes later in the development of a scientist or of science. Think of the difficulties in understanding how all the cells in our bodies work together, as compared with the study of the cells themselves. Whole new fields of neuroscience and systems biology and network science are arising to accomplish just this. And these fields are arising just now, after centuries of stomping on castles in order to figure them out.
- Nicholas A. Christakis

Spending those springs and summers in Austin taught me that I needed to be more than just a coach.  I needed to dig deeper, by moving side-ways.  In order for me to gain a greater understanding of the athlete and how he adapts, Dan told me I needed to be familiar with so much more than sprinting.  He encouraged me to study pedagogy, biomechanics, neurophysiology, anatomy, biology, nutrition, endocrinology, psychology, philosophy, and yes...therapy.

And it was this that has repeatedly landed me in hot water with ‘real’ therapists, sports doctors, NGBs, Sports/Training Centers, building managers, CEOs, and sport administrators (I don’t have enough fingers and toes for the numbers of these folk that I have pissed off)

My journey down the road towards deeper understanding of elite sport has seen far too many brick walls.  Far too many times, I have been blocked, told to turn around, to ‘stick to what I know’...to leave the therapy to the therapists...the nutrition to the nutritionists...the psychology to the psychologists...

My early appreciation of the integrated nature of sport became both a blessing and a curse.  The lessons I learned from Dan have paved a way for a deeper appreciation and understanding of what coaching is all about.  But it also led to a career-full of getting my knuckles rapped at every turn.  And the subsequent ‘banging of head to wall’, as I grew more and more frustrated at the apparent ignorance of much of the traditional separatist sports system.

In the next post, I will delve a little more into the creative process, into expertise, and how I learned to ‘just get along’...