Since the two of the last three posts are now number one and two all-time on McMillanSpeed, and since neither was written by me (one being the Q&A with Donovan Bailey - the other, the excellent 10 keys to keeping your athlete healthy, by Steve Fudge), I figured I will just stop writing all together.  Much easier to just bug my friends and colleagues to do all the work for me!

So today, we have another excellent guest-post.  Similar to Dr Gerry Ramogida's post a couple of weeks ago, this one may require a slightly more detailed read.  But it will be worth the effort - trust me.

Ed Paget is a talented Osteopath based in Calgary, Canada, and has been working with elite athletes for many years.  Today he shares his views on 'functional assessments', and the manner in which he executes them.

Why I think that assessing athletes in sporting specific positions is the key to unlocking potential:  a guest-post from Ed Paget...

Last season I was lucky enough to be asked to work with the Canadian National Speed Skating team as part of their therapy team.  As an osteopath I was very pleased with this opportunity as it showed that the team had the foresight to see how valuable this form of therapy can be to elite athletes.  This is the same progressive thinking that was reinforced on a global level when the London Olympic organizing committee decided, for the first time in history, to offer osteopathy to all athletes in the polyclinic at the London Games

During the ‘off-season’ for the speed skaters the therapy team is tasked with ‘functionally assessing’ the athletes so that next season’s rehab and strength programmes can be more directed to meet individual athlete’s needs.  Unfortunately the definition of ‘functional’ has been lost recently, with many different branches of medicine and health claiming it for their own; functional medicine, functional nutrition, functional training, functional stretching etc etc.

After studying under Physiotherapist Gary Gray I became much clearer on what a functional assessment in a sports setting could look like.   If this approach could be reduced to one sentence it would be something like this:  If gravity, ground reaction force, mass and momentum are at play when an athlete is performing their sport, then they should also be part of the assessment.

With that in mind my intention behind a ‘functional assessment’ is to assess the athlete in the following ways.

It is this last aspect of a functional assessment that I want to explore in this blog post.

Most schools of physical therapy - be them physio-, chiro- or osteo-based - generally teach a standard active and passive orthopaedic examination.  The patient stands in front of you and then you ask them to do some general movements hoping that one or two recreate the symptoms they are complaining about.  Once the active movements are done you ask them to lie on the treatment table and see if you can gain more information from some passive tests.  This approach works most of the time if the patient or athlete has an injury, but what if they are injury free and just want to see where they can improve in order to perform better? This is where functional assessments fit in.

When assessing a joint’s ‘buffer zone’ I’m interested in what is happening at the joint during the end of one movement and the beginning of another, or at the transitions zones.  For example, in golf a transition zone would be the zone of movement at the end of the backswing when the club stops moving backward and starts moving into the down swing, or in walking when the back leg is reaching the end of toe off and starting to come forward.  A transition zone can also be described as the zone when a muscle/fascial chain has come to the end of its eccentric loading phase and is switching into its concentric contraction.

With Speed Skating I was particularly interested in the starts. After spending some time with the athletes, I noticed that they generally pick up injuries during starts or start practice.  One possible reason for this is that the majority of a speed skaters life is spent bent over and flexed at the hip, either on the bike, on the ice, squatting or performing imitation skating.  As we know, the body follows the S.A.I.D principle; Specific Adaptation to Imposed Demands, and the athletes have adapted pretty well to functioning in a crouched position.

In contrast to the crouched positions the start requires the athletes to move their hips to the extremes of extension and external rotation.  If their hip doesn’t have the flexibility to get into that position then it is easy to see how ‘something’ would get pulled, pushed strained or tweaked, especially in the sprinters.

I’m interested in how the hip works in function, so the test keeps it integrated with ground reaction force and mass while isolating it with momentum - this can be referred to as an integrated - isolated test.  This also allows me to be aware of how the foot is moving, if the knee is doing what it should be doing and if the back, arms and neck are helping or hindering the movement.  To assess the hip I ask the athlete to mimic the positions they get into during their starts and then ask them to move their pelvis in all three planes of motion to determine if they have any further mobility or if they are already at the end of range.

If there is no additional movement it indicates to me that the muscles and fascia are on full stretch and that the joint capsule or ligamentous systems are beginning to be loaded.  An analogy can be drawn here to hitting the rev limit in your car: at high revs, the engine is at its design limit - it can function, but it hasn’t got anymore to give.

If these athletes were hitting their rev limit every time they performed a start there would be no compensation left to accommodate for a slip, stutter or any number of things that happen when the gun goes off.

However, we need to make sure that the hip is truly at its end of range and not just held neurologically tight.  In order to assess this, I look at the stability-mobility continuum.

For example, the athlete may perceive they are at the end of range as they feel tightness around the joint but it is the nervous system holding the muscles tight.  When the body feels unstable, it will limit mobility.  Conversely, the more stability it has, the more mobility it has. Try touching your toes while standing on the tip toes of just one leg (unstable) and then compare it to touching your toes when you are leaning your butt against a wall with both feet on the ground (stable), stable is quicker and easier right?

To create this stability, I ask the athlete to hold on to a chair or touch a wall and then note if it gives them more mobility.  In some cases all the body needs is the reassurance of a little finger touching a wall to have dramatic changes in flexibility around a joint.  If the athlete shows an increase in joint movement it tells me that there could be a decrease in proprioception around the joint at end of range.  In other words, the body isn’t used to taking the hip to the end of range and was looking for some stability from the outside before it was comfortable moving further.  One remedy for this is to train the athlete in this position using a source of external stability then slowly remove it.

Where improved performance is the goal we would want to then train the hip at extremes of motion with no external stability so that the proprioceptors are familiar with unusual positions (mimicking slips, falls and twists) so that they can better control the joint if and when they happen in competition.

In contrast it may be the case that adding some stability makes no difference to the range of motion, I then need to make sure that it is really the hip that is tight.  Now we shift from an integrated–isolated test to an isolated-integrated test: meaning that I slowly take the athlete through movements that isolate the hip more but still keep them upright relative to gravity.  I’m looking to see if the tightness disappears - if it does, it tells me that other joints or myofascial chains could be affecting the hip’s ability to move.  If the tightness stays, then I can be relatively confident that the tightness is genuinely in the hip.
This exam takes about 30 seconds to a minute to complete, and as the athlete is in a sports specific position more than one joint can be assessed at a time.

For me, this approach has helped me quickly differentiate between genuine restriction, neurological tightness, or tightness due to faulty mechanics elsewhere, and has really helped me answer the question of why a joint can look tight when an athlete is moving, but appears loose during table exams.

Is it really weakness?

Having worked through the movements to find the cause of the tightness, the rehab can then be very specific.  For example, in my general practice I see people who have been diagnosed as having ‘weak glutes’, causing anything from knee pain to hip pain, etc.  They have tried a myriad of stretches and strengthening exercise using bands, balls and mats but never seem to be able to strengthen it.  After assessing the hip, I usually find the problem is stiffness in the foot, not allowing the glutes to load properly and therefore ‘switching them off’ or making them ‘weak’ and decreasing their ability to control knee movement.  Specific rehab is then concentrated on improving foot function.  Another example was with a speed skater that had great shoulder mobility standing up, but lost it on one side when he went into the crouched position.  With this type of assessment, we found that it was his back that was limiting shoulder movement.  When we presented the findings to his coaching staff, they were surprised because they had thought the decreased shoulder movement was a technique issue and were trying to have him correct it consciously which he couldn’t do.  After some specific work to his back the movement returned easily.

Hopefully you can see the applicability of this style of assessment with anything from golf to contact sports. The Gray Institute currently teaches this approach to assessments and has a variety of courses for practitioners to take varying from a 42 week mentorship to 1-2 hour online programmes. 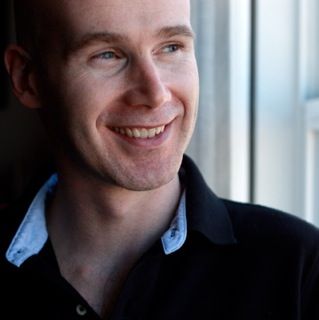 Ed is an osteopath for the Canadian National Speed Skating team working exclusively with podium potential athletes.  In 2012 he was asked by Matt Jordan to consult to the National Alpine Ski team and Biathlon team focusing on fascial stretching during dynamic warm-ups.  In addition to working with elite athletes, Ed maintains a private practice and is the owner of Intrinsi - one of the first osteopathic clinics in Alberta, Canada.

Posted by Stuart McMillan at 08:43