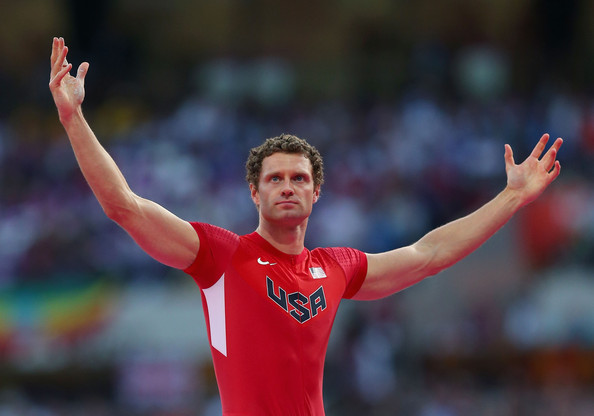 If you haven't already, check out Brad Walker's first guest-post a couple of weeks ago on doping.  While training in Monaco recently, we spent quite a bit of time discussing the recent positives, and I asked if I could use Brad's post on the blog.  We also spoke about what I think is a pretty unique perspective into doping - one that is rarely discussed.  Brad agreed to write a second piece...

Some people will understand the context of this post, some people will not.  The main point is not to take a stance or an opinion for or against, it is to merely to look at a subject from a different perspective.

One of the greatest benefits of my career has been seeing the world.  As I’ve gotten older, I’ve started to see clearly what pole vaulting is, and what pole vaulting isn’t.  Pole vaulting isn’t curing disease, it isn’t fighting injustice, and it’s not the most important thing in my life.  But what pole vaulting is, is a chance to challenge myself at every level, and it has taken me on a path that I don’t think many others jobs could have.  As long as I view my sporting career with that lens, pole vaulting has been an amazing ride.  It has created every aspect of the person I am today.  As I look back on my career, I am reminded of the quote “It is not the outcome that’s important, it’s the journey.”

2005 was the first year that I really experienced major international travel:  I was on a bus driving to Belem, Brazil, and we were passing a pretty rough neck of the woods.  I was staring out at the deserted houses, their collapsed roofs and broken windows and my heart sank when I realized they weren’t deserted at all -we were just in the slums.  As we continued the drive, we passed a field and there was a bunch of children playing soccer.  It was that moment that I understood why soccer was the biggest sport in the world.  No equipment, and no money required, just kids and space.

But more importantly, I realized that not everybody lives like I do.

We all know there is an upper class and a lower class - 1st-world and 3rd-world countries - but I don’t think people really understand how that plays into a person’s decision-making process, as well as their moral and ethical behavior.

We generally base all of our decisions and judgments from our own point of view:  if I am out for a leisurely drive, and someone gets on my tail, I get bothered.  Conversely, I also get bothered when I’m late and the ‘idiot’ in front of me is on his leisurely drive.

It’s all about ME.

So how does this relate to drugs in sports?  Let me explain...

We’ve all heard the question ‘Is it wrong to steal bread to feed a starving family?’
If I were to put myself in that position and see my children malnourished and starving, you better believe I would steal bread.  But is it wrong for a rich spoiled kid to steal a candy bar?  Yes, I believe it is.

I live in an amazing country and have an amazing family.  I have a college education because my parents were willing to sacrifice to save up money and send me to school.  I have a certain amount of intellect that I can fall back on when my career is complete and feel confident about my ability to get a job and live a comfortable lifestyle.  In a sense….I’m a rich spoiled kid.  Not monetarily, but rich with experience, love, and support.  I can’t steal a candy bar because it is wrong.

What if you lived in poverty in eastern block Europe?  What if your road out of poverty was in the form of a pill or a liquid?  What if the difference between living in the slums of Brazil and living with a proper roof over your head came in the form of a needle?  Maybe you could buy a real home for your parents, so your younger brother could go to school?  Is it wrong to steal bread to feed a starving family?

Whenever we hear about drug cheats, we despise them in our sport.  Play fair, play within the rules, don’t cheat.  We are fine watching MLB sluggers hit home run after home run all juiced up, or the NFL linebackers crushing people for our entertainment but in Olympic sports it’s about finding true performance and we can’t stand a cheat.  Even if the person cheating came from Kenya and his one $10,000 win may enable him to get a better life for him and his family.  That person’s a dirty cheat.

We are quick to judge, but slow to empathize.

In a world where we overvalue the game, sometimes we loose sight of the bigger picture.  If you’re trying to be a hero for the fame, money and recognition, and you’re willing to bury people along the way, you will be demonized as a cheat and rightly so.  But if you’re trying to be a hero to your family by getting them into a better life, I’m not going to demonize you.  I won’t respect your sporting accomplishments, and I won’t be thrilled by your decision, but I can admit that at some level I can understand.

The game of life isn’t the same for everyone and that is something I think we all need to understand.

P.S.  Just for the record in case people think I am advocating the use of drugs, I am not.  I can’t cheat in a game of cards and be happy about the win.  I’ve tried as a young kid and hated it.  It was meaningless to me.  It is actually worse than meaningless because a guilty conscience is worse than a loss.  It’s the same conscience that recently found me sitting in my car at home depot realizing that the lady at the counter didn’t scan my router properly and I got it for free.  I was faced with the decision.  I could leave with a free power tool, or less money and a smile.

I chose the latter.

Posted by Stuart McMillan at 10:58