how to win more medals...a guest-post from Matt Jordan 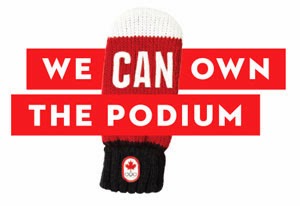 This is another guest-post from my Canadian Sport Scientist and Strength Coach Matt Jordan.  He last wrote a couple of weeks back, and his thoughts on sport science were very well-received.  This post is response to a fairly recent article that gained quite a bit of traction in the Canadian media - mainly because it was written by Brett Wilson - for those that do not know, Wilson is a Canadian entrepreneur now known primarily as one of the Dragons on Dragon's Den.  He is also an owner of English football team Derby County FC.

I personally felt his piece on the 'controversial' elite sports funding initiative in Canada called 'Own the Podium' was naive, cliched, and uninformed - I didn't bother to write a response mainly because it probably would have caused me more annoyance than it was worth.  Fortunately, Matt is far more patient than I - and has shared his thoughts on how we really should judge Olympic Success - as well as his ideas on how best to affect this process...

(by the way, Sean Gordon wrote a post-Sochi follow-up piece on the Globe site today...far more well-written than Wilson's)

Do Olympic medals equate with success?

In a recent Globe and Mail article, Brett Wilson proposed that Own the Podium (Canada’s primary sport funding partner) has taken the wrong approach by focusing on medals.  He suggested the process was a better measuring stick than the outcome.  In principle, I agree the process is important, but Canadians have come to expect medals, and the medal tally is a strong correlate for an effective process.  Additionally, every athlete and nation at the Olympics is engaged in a process - be it one commensurate with the monumental achievement of an Olympic podium or not.  The process of striving for excellence and the outcome of achieving excellence are not mutually inclusive, especially at the Olympics where there is a low probability of reaching the podium.  But, when the process is used as our measuring stick, we must be clear on what this entails.

Sochi was my fourth Olympics as a sport scientist, and I have witnessed the journey of many athletes.  My definition of Olympic success and failure is shaped by my experience.  I conclude that the only failure in the Olympics is to not embrace the scope of the challenge, and overlook the relentless and purposeful preparation required to attain Olympic excellence, especially when achieving excellence is the agreed upon objective.

Olympic success, therefore, is the purposeful and relentless preparation displayed by an athlete and sport organization as they strive for the common goal of excellence - which may or may not include a podium result.

However, it does include those athletes who, in the face of deficits in physical ability still choose to engage in the epic challenge and never reach the top.  These athletes have the toughest job in the Olympic business as they are often self-supported and rely solely on self-belief. For example, I challenge you to read the story of Larisa Yurkiw, the Canadian alpine ski racer who qualified for the Sochi Olympics after a four-year return to sport following a serious knee injury, and not agree she is an Olympic success.  Her self-belief and accomplishments transcend an Olympic medal.  Our definition of Olympic success must include these athletes as they inspire a country to believe that anything is possible, and that regardless of the limitations we can all strive for excellence.

My definition of Olympic success also includes those nations that choose to compete when a podium result is a near impossibility.  For example, consider Japan, that courageously steps forward to compete in women’s ice hockey where the probability of an Olympic gold medal is non-existent. It is because of Japan’s tenacity that women’s ice hockey survives, and Team Canada benefits due to the high probability of a podium result.  How can Olympic success exclude Japan’s hockey team?

It is the virtue of taking great risk against all odds that underpins Olympic success, and the athlete and nation alike must embrace competition not only when winning is probable but also highly improbable.  The decorated athlete who steps forward to the line after years of relentless and purposeful preparation, and bares her soul to the world in Olympic competition only to fall short is not a failure.  And likewise, an Olympic medallist who entered the competition with poor preparation and nothing more than a whimsical dream that maybe luck would be on her side is not a success.

On the part of a nation or a sport organization, taking great risk to support its athletes in the most competitive sports (e.g. men’s 100m track & field, alpine ski racing) and falling short of a medal is not failure.  Likewise, only supporting those who have a high chance to win is not success.  It is the unconditional and relentless support for the athlete striving for excellence that defines the success of a nation and a sport organization.  The nation, the sport system, the sport and the athlete must embrace the uncertainty of the outcome and engage in the process of striving for excellence together, for better or for worse.

So - how can a system/sport win more medals?

I see all events (with the exception of change and death) as a probability statement that contains a degree of uncertainty.  Therefore, I believe the important question is: “how can a system/sport increase the probability of medals?”  Ultimately, if medals are a correlate for an effective process, then a sport needs to have effective processes that can produce a cluster of athletes who have the physical ability to win a medal and the preparation to deliver performance on demand.  If we assume a conversion rate of somewhere between 25% and 60% this would mean a sport requires somewhere between 3 and 4 medal potential athletes to have a high probability of a single medal.

I think there are many aspects of an effective process, but I am going to focus on four elements that I think are the most critical:

First and foremost a culture of winning needs to be established.  This depends on having well-identified values that are set at the top of the organization and passed down to the coaches and onto the athletes.  The bar needs to be set high to establish a culture of winning.  The status quo must be continually challenged in all performance factors including recruitment, talent development, science, innovation and programming.  In a winning culture, values drive decisions and values are never compromised for the sake of an individual.

Second, a sport and a system must build a talent pool.  The template for developing a talent pool is unique to each sport.  A bobsledder is developed differently than a speed skater both in terms of recruitment, physical preparation and the time required to for specific skill development.

Third, it takes consistency in the actions of the system/sport to pursue excellence - not over the short-term but the long-term.  The minimum time period for the fruitions of purposeful and deliberate preparation to show up as medals is a quadrennial, but more often than not it takes two quadrennials.  Throughout this time, it can feel as though the hard work is done in vain.  However, as with any partnership, it requires commitment to fight for the cause through the good times and the bad times.  The hard times must strengthen the resolve to the best in the world and not weaken it.

The Olympic medal tally is not enough to evaluate success but it is a strong correlate for the process.  It is in the process, however, that the true measure of success can be found.  This statement comes with great responsibility on behalf of all those involved in Olympic performances to truly embrace the magnitude of the challenge, and engage in relentless, purposeful and long-term preparation in pursuit of the shared goal of Olympic excellence, while accepting at the front end that there are no guarantees.  Therefore, only the athlete and the individuals in the system supporting the athlete will know whether they have been successful or not.  And this is probably why all great athletes who reflect on the success of a career remember the journey with all its ups and downs, and not just the shiny piece of metal hidden away in their closets. 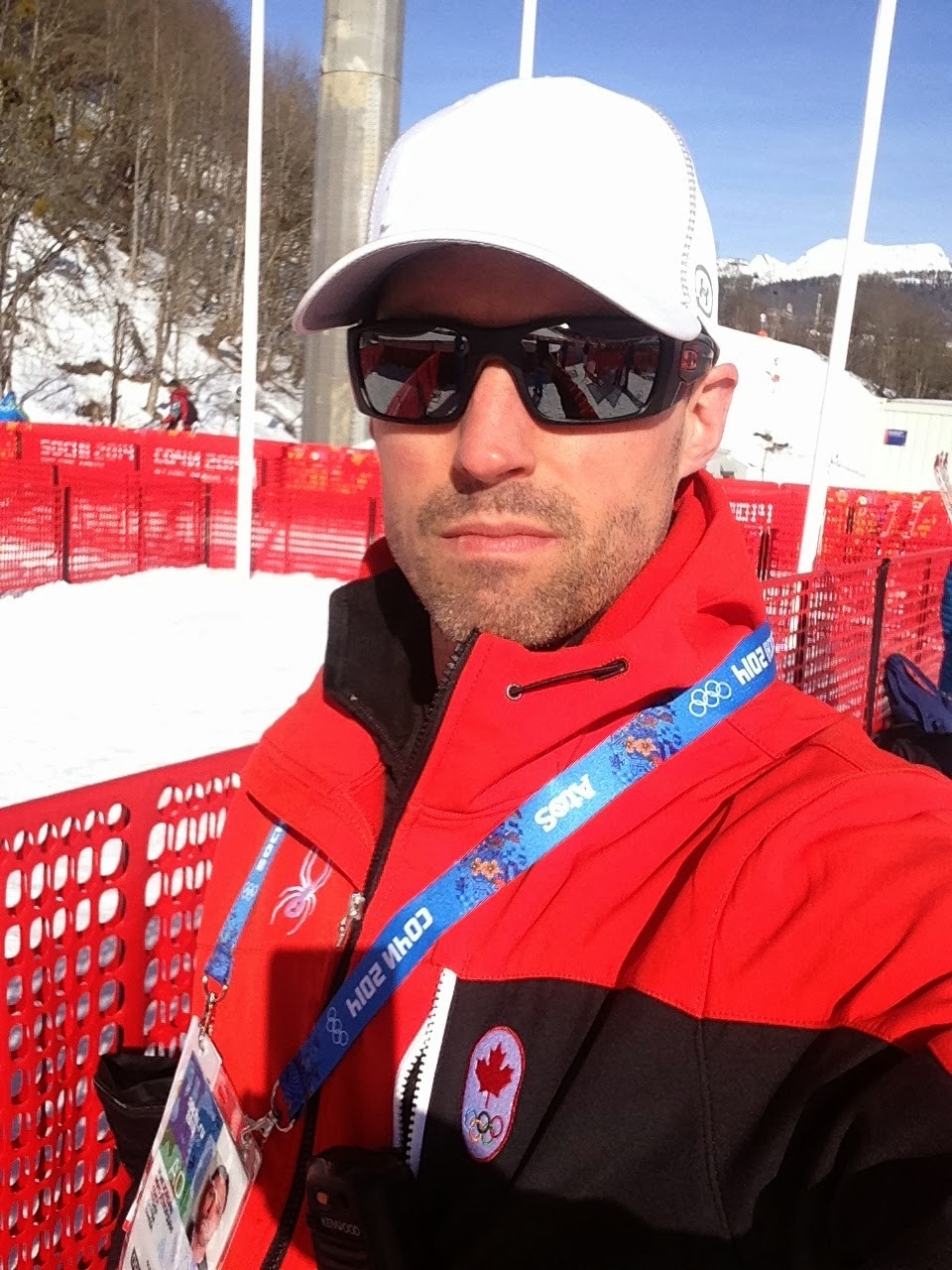 Matt Jordan is a PhD student in the Faculty of Medical Science at the University of Calgary.  He is also the Head of Strength and Power Science at the Canadian Sports Institute in Calgary, Canada, and is about the smartest strength coach I know.  Matt is a lecturer in the Faculty of Kinesiology at the University of Calgary and has published many articles on strength and conditioning for athletes. He has also presented at National and International conferences on strength training methods for high performance athletes. He's worked in the trenches for almost twenty years, working closely with some of Canada's top winter sport athletes.

He has previously written a short piece on McMillanSpeed on the nutrition industry. Give him a follow on Twitter...

Posted by Stuart McMillan at 18:22