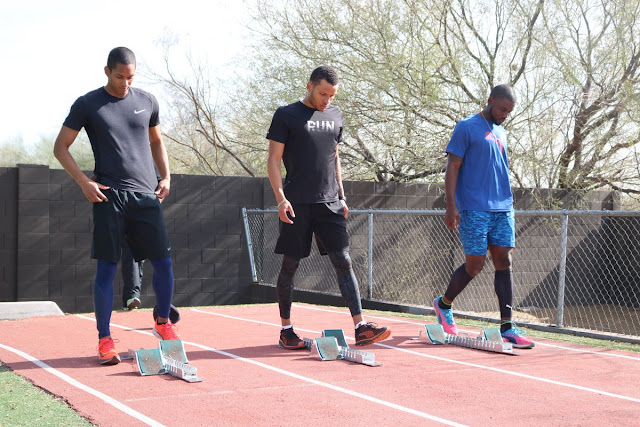 When it comes to program design, there is no blueprint that we can simply follow that works in the ‘building of all athletes’. Athletes are not buildings, or meals - where we can just follow a recipe, and at the end - voila - we’ve got a great dinner.  Athletes are individuals, and they have to be trained that way. The coach’s job is to try to understand what it is that makes an athlete special, and train them in this way.

The basic story line is a simple one, when the recipe book user cooks a meal then they get out their best practice document, copy out the list of ingredients and go shopping. As they prepare to cook said ingredients are all neatly weighed out and arranged in small bowls on the work top. The recipe book is open on a stand and its instructions are followed step by step. If they are guest in the kitchen, they may want to have it fully re-engineered before they can even start to cook, especially if they were trained in one of the larger management consultancies cooking schools. If anything goes wrong disaster ensues and you will end up with a take away, possibly flavored by the residual traces of carbon from the earlier catastrophe. In contrast the chef turns up and produces a brilliant meal from whatever you happen to have available in your kitchen and garden.

It's a key difference; the chef understands the principles of cooking, taste, etc. As a result they can adapt to the present and evolving future, they are not constrained by best practice, they are liberated by true knowledge.

How to individualize the organization of training in two simple steps:
That’s it …

A caveat - as it relates to ‘developing’ athletes:

Most of the reason a young athlete gets better is innate - it is simply a matter of growth-maturity, and development.
You can do a variety of programs, under a variety of coaches, in a variety of different situations, and you would perform approximately the same.

Your limiting factor is generally your parents - your genetics.
How hard you worked, the quality of your training, your coaches, your teammates - none of that really matters.

It ALL matters of course - but not as much as we coaches pretend it does.

It matters much more once the athlete has already ‘developed’ - i.e. is an adult.

Once the athlete is in a ‘professional’ set-up - i.e. they are training as an elite, three things matter more than anything else:
…

"Complex systems are weakened, even killed, when deprived of stressors." - Nassim Taleb
…

“The pursuit of “efficiency”—getting the most with the least investment of energy, time, or money—was once a laudable goal, but being effective in today’s world is less a question of optimizing for a known (and relatively stable) set of variables than responsiveness to a constantly shifting environment. Adaptability, not efficiency, must become our central competency.” - General Stanley McChrystal, Team of Teams

Constructivist theories of learning
From Glasersfeld, 1993: 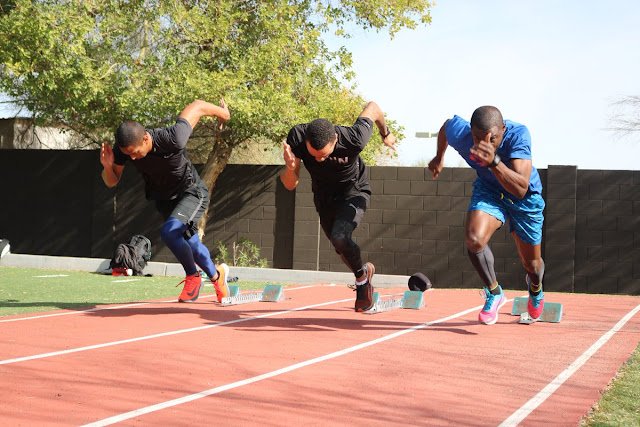 In praise of science:

“All our science, measured against reality, is primitive and childlike—and yet it is the most precious thing we have.”  - Albert Einstein

“It is morally as bad not to care whether a thing is true or not, so long as it makes you feel good, as it is not to care how you got your money as long as you have got it.” - Edmund Way Teale

I’m sitting here in O’Hare International Airport in Chicago for four hours, having missed my connection on to Phoenix from Munich.  And while we can experience quite a lot in four hours, considerably less than that time was necessary for me to get shocked back to the reality that is America.  Three things become immediately evident anytime I arrive back from Europe (or for that matter, pretty much anywhere else in the world):


For a few hours at least, it is literally depressing to be back in America.

Don’t get me wrong - I have a great life living in America.  But I’m not sure my ‘great life’ has anything to do with America ‘being great’ …

You may remember Aaron Sorkin’s The Newsroom.  As I remember it, the opening scene of the series featured Jeff Daniels as a cynical newsman at a speaking event, and when asked why he thought America was so great, he went off:

"There is absolutely no evidence to support the statement that we’re the greatest country in the world. We’re 7th in literacy, 27th in math, 22nd in science, 49th in life expectancy, 178th in infant mortality, third in median household income, number four in labor force and number four in exports. We lead the world in only three categories. Number of incarcerated citizens per capita, number of adults who believe angels are real and defense spending, where we spend more than the next 26 countries combined - 25 of whom are allies.”

More things where America is not so great:

There’s a strange arrogance to the typical American that is not consistent with his or her significance.

As Joseph de Maistre said, you get the leaders you deserve.  And at this point, I cannot think of anyone more suited to be President of this country than Donald Trump.  An arrogant, insecure, confused, inconsistent, narcissistic, ignorant, nationalist, ‘America-first’, pseudo-scientific, mess.

Pride on a national level - it creates nationalism, and artificial borders.  The false insistence that you are more deserving because of the country you were born in.  But the reality is that where you are born is pure, dumb, luck (or lack of it).  If you live in Scottsdale, Arizona, you are no more necessary to the existence of the planet than the Syrian refugee, the South African slum-dweller, and the North Korean peasant.

Let’s not fool ourselves into thinking otherwise.

On the flip-side, I was reading my notes from the Wait But Why? Elon Musk Blog Series on the flight over from Munich.  I guess you may be able to make an argument that an Elon Musk doesn’t happen in any country other than America.  Or, for that matter, a Steve Jobs, or a Barack Obama, a John Coltrane, or a Ruth Bader Ginsburg, a Muhammad Ali, a Teddy Roosevelt, or a Richard Feynman, a Martin Luther King Jr., an Ida Wells, or an Eleanor Roosevelt, a Bill Gates, or a Miles Davis.

BTW - if you are not familiar with Musk’s projects Tesla and Space X, the Wait But Why Series is great primer.  Hard not to be a big fan of his.

From the NY Times this week on Musk’s ‘all or nothing’ compensation:
https://www.nytimes.com/2018/01/23/business/dealbook/tesla-elon-musk-pay.html

The country in which we live should not define our identities.

"One of the biggest challenges we have to our democracy is the degree to which we don’t share a common baseline of facts," he said. "There’s a well-known senator from New York, Daniel Patrick Moynihan, and one time he was debating one of his less-capable colleagues and the guy got flustered and said, 'Well Senator Moynihan, that’s just your opinion, and I have mine.' And Moynihan says, 'Sir, you are entitled to your own opinion, but you are not entitled to your own facts.'"

"What the Russians exploited — but it was already here — is we are operating in completely different information universes," he said. "If you watch Fox News, you are living on a different planet than you are if you, you know, listen to NPR."

All pretty obvious really - except to 62 million Americans and an entire political party.

"At a certain point you just live in a bubble, and that's part of why our politics are so polarized right now,"

What is the end-goal for me?

One of the things I’ve learned relatively recently in life is that it’s way more important to perfect your desires, if you want to do something, then it is to try to do that thing when your desire is not a hundred percent.

If I had to summarize how to make money, at least from what I’ve learned in life, you basically get rewarded by society for giving it what it wants and it doesn’t know how to get elsewhere. 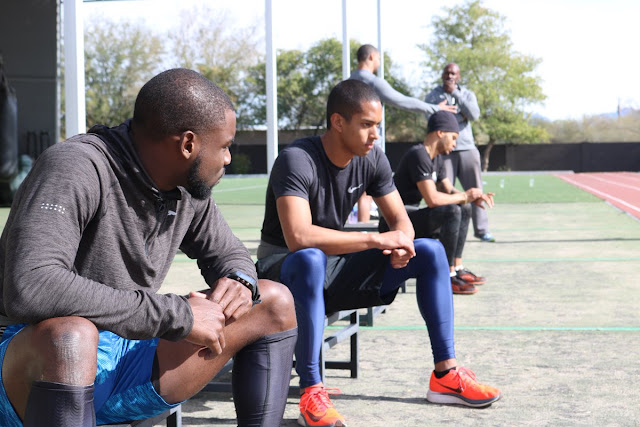 Michael Shermer on Joe Rogan Experience podcast: To live a purposeful life, you need only to engage with the world in a meaningful way

I'm Proud of You: My Friendship with Fred Rogers by Tim Madigan and The Simple Faith of Mister Rogers by Amy Hollingsworth

I know this seems crazy, but I think I've earned some trust with my recommendations over the years. These two books came my way after I watched this short documentary called "Just the Way You Are". I'd obviously watched Mr. Rogers growing up but knew next to nothing about him as a person. After reading the books, I say with only slight exaggeration that if he had lived a few centuries ago, he probably would have been canonized as a saint. I openly cried at least two times in both books. One of the times in public, on a plane. I'm not saying they are the best books ever written but as far as I know they are the two of the best about what seems like one of the most thoughtful, kind and empathetic person ever. A lot to learn here and a lot to make you think.

I checked out the Fred Rogers doc, and bought the book by Madigan.

In part of the Charlie Rose interview that threads through the doc, Rogers repeats an Antoine de Saint-Exupery quote: “It is only with the heart that one can see rightly; What is essential is invisible to the eye” … and Rogers continues “the things that are center stage are rarely the things that are most important”

The typical person is more concerned that SOMETHING is happening than the details of that something.

Thus, the rise of the Trumpocracy.
As Roland Barthes wrote in 1957:

“This public knows very well the distinction between wrestling and boxing; it knows that boxing is a Jansenist sport, based on a demonstration of excellence. One can bet on the outcome of a boxing-match: with wrestling, it would make no sense. A boxing- match is a story which is constructed before the eyes of the spectator; in wrestling, on the contrary, it is each moment which is intelligible, not the passage of time … The logical conclusion of the contest does not interest the wrestling-fan, while on the contrary a boxing-match always implies a science of the future. In other words, wrestling is a sum of spectacles, of which no single one is a function: each moment imposes the total knowledge of a passion which rises erect and alone, without ever extending to the crowning moment of a result.(…) Wrestlers know very well how to play up to the capacity for indignation of the public by presenting the very limit of the concept of Justice … It is obvious that at such a pitch, it no longer matters whether the passion is genuine or not. What the public wants is the image of passion, not passion itself. There is no more a problem of truth in wrestling than in the theater.”

Posted by Stuart McMillan at 12:38