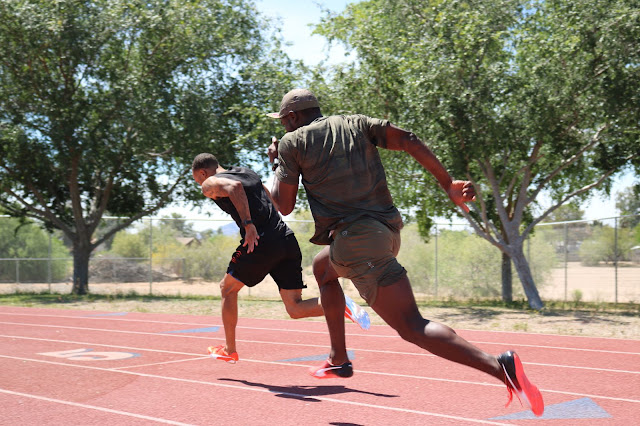 How to improve race results:

Many ignore the importance of the latter.
My advice:

"Mediocrity recognizes nothing above itself." - Sir Arthur Conan Doyle

This has been all the rage now for a decade or so.  I actually don’t obsess over ‘Low recovery of heel’ in the initial steps.  As long as the shapes are good, they rise with each step, and are projecting maximally, I don’t really care.  Athletes will find the most appropriate recovery parabolas based upon their individual morphologies. Some athletes can apply high forces though short distances - so they will naturally gravitate towards a lower recovery; others need a little more space/time, so will recover higher.  Why try to unnaturally influence this?

My goal-outcome never changes - push maximally, in an ever-increasing vertical manner, every step, until upright - cues are determined upon what makes most sense to the athlete:  'running up stairs’, ‘driving the thighs’, ‘climbing’ , etc.

Lots of talk about ‘agile periodization’.

Understand that your ‘agility’ does not give you the right to not plan.
Without a plan, your program is simply chaos - Brownian motion. This is iterative & fractal

Athletes: If you are dealing with some inner struggle, this will not be eliminated by the outcome of your sporting competition.

“ … people organize their brains through conversation. If they don’t have anyone to tell their story to, they lose their minds. Like hoarders, they cannot unclutter themselves. The input of the community is required for the integrity of the individual psyche. To put it another way: it takes a village to build a mind." - Jordan Peterson

Robert McNamara was known as ‘The Architect of the Vietnam War.’

As President Kennedy’s Secretary of Defense, he was responsible for the overarching strategy for the conflict.  With no prior military experience, McNamara had gained a deep appreciation for the power of data during his time as a business executive - most noticeably as president of Ford Motor Company.

Only through extensive statistical analysis, McNamara believed, could we hope to understand a complex situation.  The mass of unruly information could be tamed - if only we collected enough data; so spreadsheets, calculations, and charts became the primary means as to how the War would be fought.  The problem with this strategy is that war is characterized primarily by the unmeasurable chaos of human conflict.

As the Vietnam War became increasingly untenable, McNamara doubled down on his strategy.  Six years into his reign as Secretary of Defense, McNamara - while seemingly admitting to his tactical limitations - apparently saw no alternative:

“It is true enough that not every conceivable complex human situation can be fully reduced to the lines on a graph, or to percentage points on a chart, or to figures on a balance sheet, but all reality can be reasoned about. And not to quantify what can be quantified is only to be content with something less than the full range of reason.”

The conflict in Vietnam would cost the lives of over 50,000 Americans and 1 million Vietnamese.

Compare McNamara’s handling of the Vietnam War with General Stanley McChrystal’s description of the challenges he faced as Joint Special Operations Command in Iraq during the Persian Gulf Wars and as Commander of American forces in Afghanistan:

“… an organization’s fitness—like that of an organism—cannot be assessed in a vacuum; it is a product of compatibility with the surrounding environment. Understanding that environment would be the key to understanding why we were failing … we did not draw static geographic features; we drew mutable relationships—the connections between things rather than the things themselves.”

War had not changed.  What was complex in 1964 was still complex in 2004.  McChrystal reasoned that - as in all complex systems - events were not predictable; they were not caused by single components, but by their interactions.

“man is so addicted to systems and to abstract conclusions that he is prepared deliberately to distort the truth, to close his eyes and ears, but justify his logic at all cost” - Fyodor Dostoevsky

It's Not Complicated: The Art and Science of Complexity for Business Success
- Rick Nason

If you run a business, you probably already understand a little about complexity.  Nason here takes some of the lessons from other fields, and tries to apply them to the business world.

“Engineers, scientists, and ecologists have been thinking in terms of complexity for fifty years, and it is time that the business community considered some of the valuable and interesting lessons the field has to offer.”

Seven factors that are making the world of business more complex: 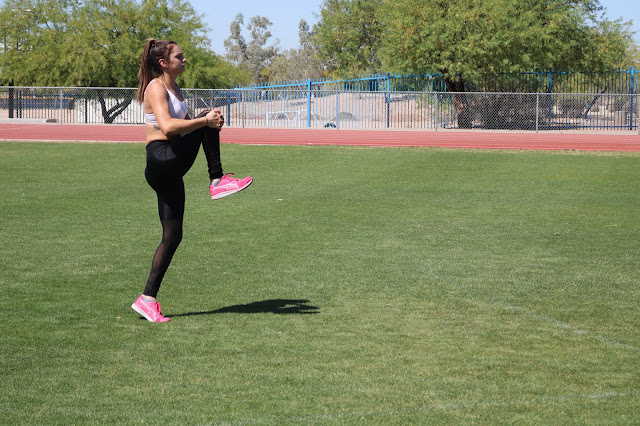 THE ‘SOLUTION’ TO COMPLEXITY

“It is perfectly possible that the truth is beyond our reach, in virtue of our intrinsic cognitive limitations and not merely beyond our grasp in humanity’s present stage of intellectual development.” - Thomas Nagel

Firstly, complexity is not bad. It is not good. It simply is.

Our acceptance of this truth forces us to come to terms with complexity, and to find ways to best work with it - as there is no way to ‘deal’ with it, to ‘manage’ it, or often - even to ‘explain’ it.

“ … the focus has to be on working out what can be influenced and changed in practice. Because practice is, de facto, determined by changing context, then what to do differently in a specific instance can’t be determined in advance as it depends on circumstances.”  (Beautemente & Broenner, 2014)

"Humans are living their best lives when they’re always balanced on the edge of Order and Chaos, converting the Chaos into new Order. Lean too far toward Order, and you get boredom and tyranny and stagnation. Lean too far toward Chaos, and you get utterly discombobulated and have a total breakdown. Balance them correctly, and you’re always encountering new things, grappling with them, and using them to enrich your life and the lives of those you care about.


If we lack courage, we might stick with Order, refusing to believe anything that would disrupt our cozy view of life, and letting our problems gradually grow larger and larger. This is the person who sticks with a job they hate because they fear the unknown of starting a new career, or the political ideologue who tries to fit everything into one bucket so he doesn’t have to admit he was wrong. Or we might fall into Chaos, always being too timid to make a choice, “keeping our options open” in a way that makes us never become anyone at all."

Why You Should Stop Reading News
- Shayne Parrish

I wrote about this last week also; and then happened upon this old Farnam Street post

"News is by definition something that doesn't last. And as news has become easier to distribute and cheaper to produce, the quality has decreased.Rarely do we stop to ask ourselves questions about what we consume: Is this important? Is this going to stand the test of time — say, in a week or in a year? Is the person writing this someone who is well informed on the issue?


The hotels, transportation, and ticketing systems in Disney World are all designed to keep you within the theme park rather than sightseeing elsewhere in Orlando. Similarly, once you're on Facebook, it does everything possible, short of taking over your computer, to prevent you from leaving. But while platforms like Facebook play a role in our excessive media consumption, we are not innocent. Far from it. We want to be well informed. (More accurately, we want to appear to be well informed.) And this is the very weakness that gets manipulated."

The challenge is encapsulated by Nicholas Carr:

“[W]e're surrounded by so much information that is of immediate interest to us that we feel overwhelmed by the never-ending pressure of trying to keep up with it all.” 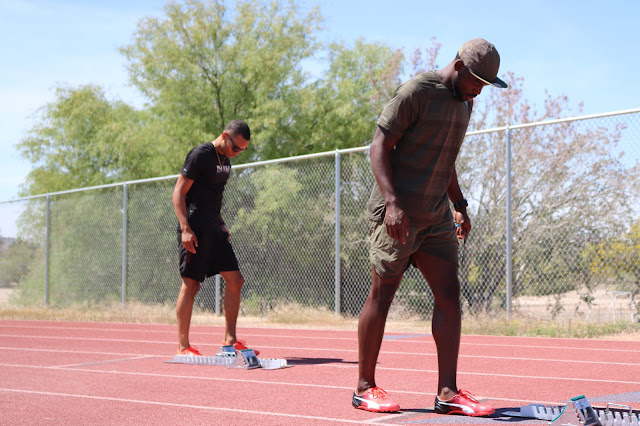 The Standard Operating Procedures of the ALTIS Performance Therapy Model:

A standard operating procedure, or SOP, is a set of step-by-step instructions compiled by an organization to help workers carry out complex routine operations. SOPs aim to achieve efficiency, quality output and uniformity of performance while reducing miscommunication.   An SOP describes the who, what, where, when and how to operate in a functional area.

“The development and use of SOPs are an integral part of a successful quality system as it provides individuals with the information to perform a job properly, and facilitates consistency in the quality and integrity of a product or end-result … They document the way activities are to be performed to facilitate consistent conformance to technical and quality system requirements and to support data quality. They may describe, for example, fundamental programmatic actions and technical actions such as analytical processes, and processes for maintaining, calibrating, and using equipment. SOPs are intended to be specific to the organization or facility whose activities are described and assist that organization to maintain their quality control and quality assurance processes and ensure compliance with governmental regulations.”  - Guidance for Preparing Standard Operating Procedures, United States Environmental Protection Agency

The following list is a brief outline of the SOPs of the ALTIS Performance Therapy Model:

Rethinking Education
Is Education a Waste of Time & Money?

This was an interesting read

Find something to worship

Worship your looks, and you’ll always be ugly.

... the most important thing to remember is not to worship yourself.

Not as easy as it sounds.

It’s more than ok not to know.
In fact, isn’t it preferred?

Doubt is nothing to be ashamed of.
It’s simply the door we must open to new understanding. 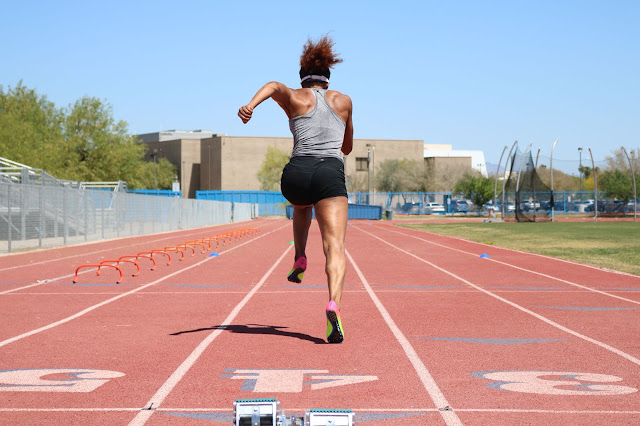 Engage the core” must be the new “fire the glutes” thing to say.  I’ve heard it a few times this past week.

Fascinating to think humans have walked upright for so long and have not been doing either of these two things.

"You might think you have defined me by some label, but you are wrong, for I am always a work in progress.  I create myself constantly through action, and this is so fundamental to my human condition that, for Sartre, it is the human condition, from the moment of first consciousness to the moment when death wipes it out. I am my own freedom: no more, no less."

“When designing programs, remember the human biological system depends upon its entire structure.  It is not simply a sum of its parts. Cutting a cow in half does not give you two cows. You may end up with a lot of hamburger meat, but you lose the ‘essence’ of the cow”. (Kauffman)

Posted by Stuart McMillan at 09:22