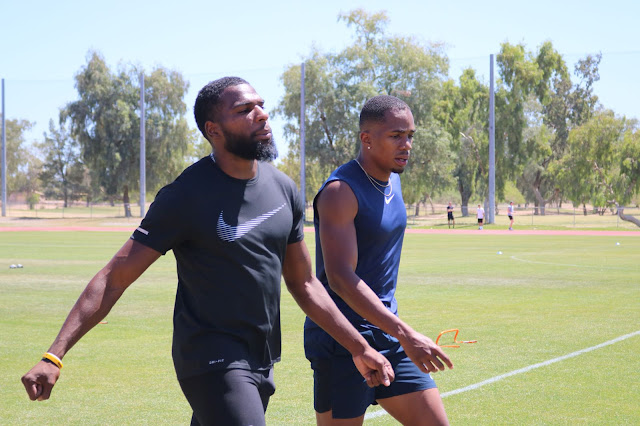 “In my whole life, I have known no wise people (over a broad subject matter area) who didn’t read all the time — none. Zero.” — Charlie Munger

“The world is what it is; men who are nothing, who allow themselves to become nothing, have no place in it.” - V. S. Naipaul

The one-factor model of super-compensation is an easy one to attach justification to: load the system to a point where it requires adaptive rebound above baseline. It is theoretically predictive and can be applied to multiple different sports, events, exercises, and loads.

The reality, however, is not quite so simple.

Even two-factor fitness-fatigue models reduce the very complex process of progression down to relatively simple constructs. These models also tend to lead coaches into focusing more on the bio-motor development, rather than technical constructs.

Reducing progression to the relatively simple organization of the relationship between volume and intensity through the 'organized-periodized' plan is just the beginning of the training process. I fear that far too many of us see this as the ending.

The organization of skill acquisition should be seen not as an adjunct to coaching, but as the primary objective.

"For every complex problem, there is an answer that is clear, simple, and wrong." -  H. L. Mencken

We are at our most creative when confronted with constraints.

Time is the ultimate constraint.

“It is a commonplace observation that work expands so as to fill the time available for its completion. Thus, an elderly lady of leisure can spend the entire day in writing and despatching a postcard to her niece at Bognor Regis. An hour will be spent in finding the postcard, another in hunting for spectacles, half-an-hour in a search for the address, an hour and a quarter in composition, and twenty minutes in deciding whether or not to take an umbrella when going to the pillar-box in the next street. The total effort which would occupy a busy man for three minutes all told may in this fashion leave another person prostrate after a day of doubt, anxiety and toil.” - Cyrill N. Parkinson, 1955

“For all of us in every creative endeavor, the first battle is with self-consciousness” - Brian Koppelman 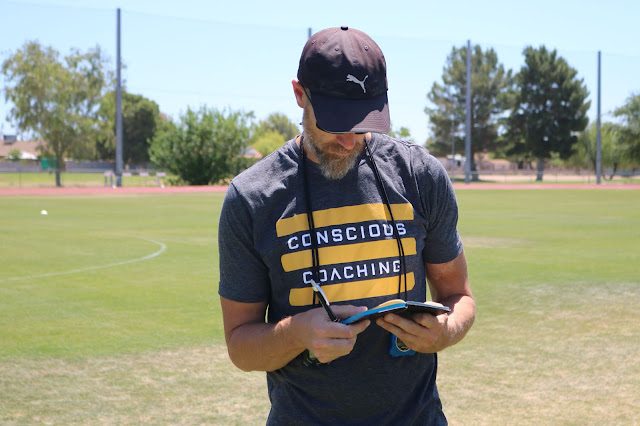 Comfort is antithetical to success. Comfort makes no demands, and success takes root in meeting demands in new and challenging ways.

We need to do a better job of seeking out more challenging situations.

To challenge ourselves as coaches, and how we challenge the athletes we work with

We discussed this at an ALTIS ACP pool-side chat this week.

The stability of a skill is solely dependent upon psychology.  To paraphrase Ben Hogan, ‘an effective sprint is a sprint that can withstand pressure.’

I get this question a lot:

“How do you recommend I go about learning?”

My answer -‘ it doesn’t matter, and it matters totally.’

It doesn’t matter, because just because one person learns one way does not make it the way for you.  My way isn’t necessarily your way.

Learning isn’t something that happens to us.

It happens with us.

The traditional education model - where we are spoken at, and we are responsible simply for remembering what is said -  is not learning.

We should not confuse education with educating.

One is a system.  The other is a method.

And like all methods, we must take an active interest in determining the most appropriate one for each of us.

We all have the ability to learn.

It just begins with being curious.

Perhaps my greatest issue with younger people today is that they lack any significant curiosity.

Back to learning to learn.

Essentially, people who think about their thinking will outscore higher-IQ people when it comes to learning something new.  Veenman’s research suggests that in terms of developing mastery, focusing on how we understand is up to 15% more important than ‘innate intelligence’. 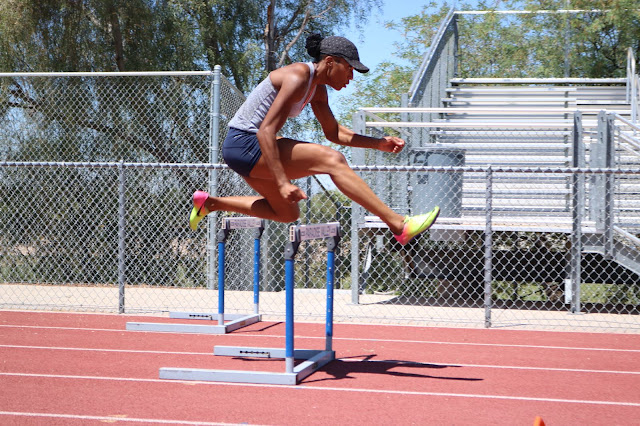 Ask anyone who is a good learner, and you will find that they do two things well:


So - “How do you recommend I go about learning?”

“Learning, we find, can be augmented if one deliberately focuses on thinking about what one has been doing. In addition to showing a significant performance differential when comparing learning-by-doing alone to learning-by-doing coupled with reflection, we also demonstrate that the effect of reflection on learning is mediated by greater self-efficacy." - Di Stefano, et. al., 2014

I have little sympathy with those who complain about a lack of jobs; that the changing society is leaving them behind.  The reality is - and always has been - that the world progresses.  And we have to progress along with it.  That means that we have to take the time to actually reflect on what it is we are doing, how we fit into this world, and whether for not our skills remain essential.

We have to carve out the time to learn.

The truth is there is not a lack of jobs; there is a lack of skills and the knowledge of folks to fill the jobs that are available.

But rather than upgrading their skillsets, learning new skills - actually putting in some effort to move along with the progression of change, rather than fighting it, these folks prefer to complain.  Its how we ended up where we are: romantically clinging to some mythical ideal of when we were ‘great’.

“Employers across industries and regions have complained for years about a lack of skilled workers, and their complaints are borne out in U.S. employment data. In July [2015], the number of job postings reached its highest level ever, at 5.8 million, and the unemployment rate was comfortably below the post-World War II average. But, at the same time, over 17 million Americans are either unemployed, not working but interested in finding work, or doing part-time work but aspiring to full-time work.”

But it is easier to blame the immigrants than to actually get your head from out of your iPhone, or away from your TV screen, and actually read a book.

President Obama felt it important to continue his reading in The White House, even though time was incredibly precious:

“At a time when events move so quickly and so much information is transmitted,” he said, reading gave him the ability to occasionally “slow down and get perspective … the ability to get in somebody else’s shoes.”


These two things, he added, “have been invaluable to me. Whether they’ve made me a better president I can’t say. But what I can say is that they have allowed me to sort of maintain my balance during the course of eight years, because this is a place that comes at you hard and fast and doesn’t let up.”


To this day, reading has remained an essential part of his daily life. He recently gave his daughter Malia a Kindle filled with books he wanted to share with her (including “One Hundred Years of Solitude,” “The Golden Notebook” and “The Woman Warrior”). And most every night in the White House, he would read for an hour or so late at night — reading that was deep and ecumenical, ranging from contemporary literary fiction (the last novel he read was Colson Whitehead’s “The Underground Railroad”) to classic novels to groundbreaking works of nonfiction like Daniel Kahneman’s “Thinking, Fast and Slow” and Elizabeth Kolbert’s “The Sixth Extinction.”


Mr. Obama says he is hoping to eventually use his presidential center website “to widen the audience for good books” — something he’s already done with regular lists of book recommendations — and then encourage a public “conversation about books.”


“At a time,” he says, “when so much of our politics is trying to manage this clash of cultures brought about by globalization and technology and migration, the role of stories to unify — as opposed to divide, to engage rather than to marginalize — is more important than ever.” 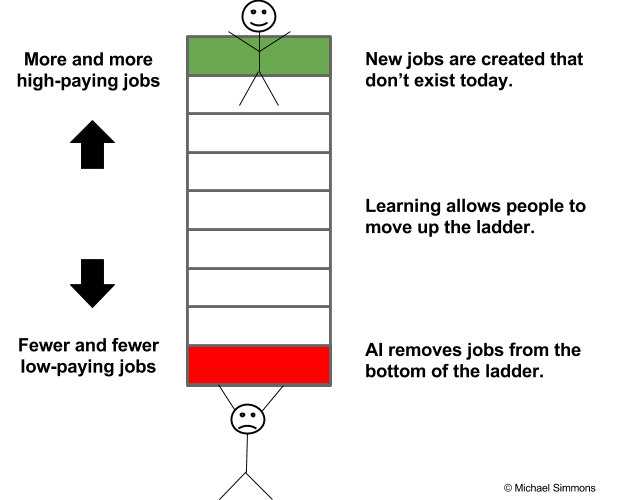 You see, it’s not the Mexicans that are coming for our jobs.  It’s the computers!

The Seven Stages of Robot Replacement:

From The Inevitable - by Kevin Kelly

Want to keep up with the machines?
Get to learning. 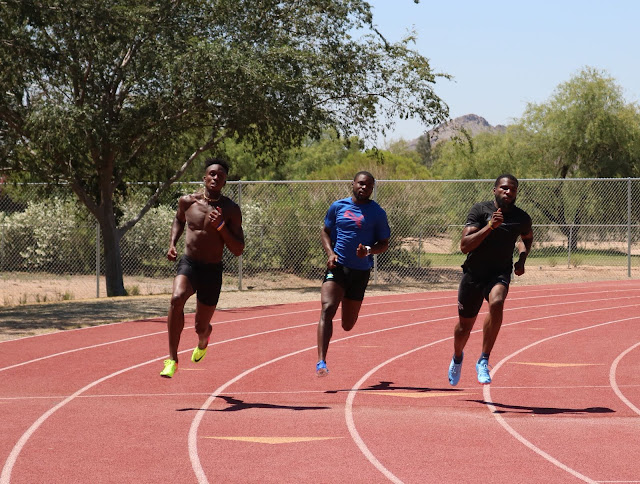 One of the most frequent questions we get from visiting coaches at ALTIS is “how did you develop your ‘coaching eye’?”

The answer is really quite simple: we have watched a lot of athletes do stuff!  And paid very close attention while doing so!  In the days where iPhones, inexpensive high-speed cameras, biomechanical analysis apps, and wearables did not exist, watching closely was our only option to better understand what was going on.

It is a frequent critique of technology that many have become over-reliant upon it.  The attention that our technology demands from us has not only retarded our ability to be present but has led to a ‘cognitive offload’, whereby our reliance on the technology saves us from having to develop the skills ourselves (google and satellite navigation map systems have, for example, undoubtedly negatively affected our ability to retain directions and information)

This is no different in sport performance.

Whether it is VBT, Dartfish, HMV, GPS, or any other of the host of new wearables that are flooding the market each week, we are continually being sold technological ‘upgrades’ that will supposedly make our coaching easier and more effective.

But in so doing, is it negatively affecting our actual ability to coach?

Creator of Wired Magazine Kevin Kelly knows more than most the impact - both positive and negative - that technology has had on our lives, and has written extensively on the tension he mentions above.  The coaching profession is increasingly familiar with the struggle of implementing technology in a constructive manner, while still maintaining the core requirements necessary to effectively actually coach.   The question of whether technology is negatively affecting coaching quality at a meta-level is one that must be addressed.

I feel that a pendulum swing is upon us - a reaction to the saturation of technology and a dilution of quality, where coaches once again will be forced to develop a ‘coaching eye’; supported by technology - rather than dominated by it; an idea that is elaborated upon in our friend Brian Mackenzie’s excellent book Unplugged; and which has our mutual friend Dr. Kelly Starrett agreeing:

“Looking to technology alone to solve health problems, improve movement and meet fitness goals doesn’t work. What does is fine-tuning your instincts and self-awareness.”

Posted by Stuart McMillan at 19:01